Skip to content
Press Enter / Return to begin your search.

THE LATE DAVID BOWIE DIDN’T JUST CHANGE THE DIRECTION OF MODERN POP MUSIC – ALL FACETS OF THE CREATIVE SPHERE CREDIT THE CULTURAL DEITY AS A SOURCE OF INSPIRATION, FROM FASHION TO DANCE, DESIGN TO BEAUTY. CONTINUALLY REINVENTING HIMSELF, THE STYLE CHAMELEON WAS FAMOUS FOR HIS AVANT-GARDE ALTER-EGOS AND OWNED ANDROGYNY WAY BEFORE IT BECAME MAINSTREAM. BOWIE TRANSCENDED ANY PREDISPOSED TREND, IDEA, OR LOOK, MAKING EVERYTHING UNDENIABLY HIS OWN. HE WAS THE EMBODIMENT OF GLAMOUR, TALENT, AND A NEW KIND OF PERSONAL EXPRESSION. NOT ONLY DID BOWIE LOVE TO PLAY WITH VIBRANT COLOURS, PRINTS AND ANDROGYNOUS SILHOUETTES, BUT HIS CHOICE IN TEXTURES AND FABRICS ADDED DIMENSION TO HIS PERFORMANCES. HE WAS A MASTER OF MIX AND MATCHING ELEMENTS THAT NO-ONE EVER THOUGHT TO PUT TOGETHER. BOWIE IS JUST AS INGRAINED IN THE HISTORIES OF FASHION AND POP CULTURE AS HE IS IN MUSIC. HIS CONTRIBUTIONS TO THE WORLD OF STYLE WILL NOT BE FORGOTTEN AS THE TASCHEN GALLERY EVEN HAD A TRIBUTE EXHIBITION, “MICK ROCK: SHOOTING FOR STARDUST, THE RISE OF DAVID BOWIE & CO.” WHICH FEATURED AN ARRAY OF INTIMATE PHOTOGRAPHS BY MICK ROCK, WHO WAS BOWIE’S OFFICIAL PHOTOGRAPHER FROM 1972-1973.

A phonecall interview is a P.R. nightmare. In a few moments, a stranger becomes your best friend in the midst of an assortment of timezones. The artist might be in the States, the phone connection is switched to London, and the recipient anywhere else on the planet. In this case the artist was in Germany on tour and the interview was scheduled to happen at 14:00… It was exactly 2PM when the phone rang in the studio, but on the other end of the line was Bowie’s manager calling to let me know Bowie was not available to talk, but would be at 18:45 sharp.Back in the studio, a few minutes before the newly agreed time, I still vividly remember counting down the seconds from 18:44, as I was patched through to the recording studio, ready to fire up some hopefully interesting questions and wondering if Bowie would be on the other end, a contemporary version of The Telephone Book by Heidegger plaguing my mind. His voice, however, took no prisoners: “Hi, are you Alvaro? I am David…” Having heard the vowels of my name pronounced in such a way they could have been sung by my favourite artist was almost enough to spell the end of the interview there and then, but I was determined to take this as far as I could. Aside from his killer seductive nature, Bowie was the epitome of professionalism, slipping in a small, yet elegant apology for the change of schedule. It wasn’t the first time I had “bumped” into David… Following a tip-off from Roger Michael, a London scenester, man about town and a sort of pre-internet human TMZ, he was well-informed that David Bowie would be making a rare appearance in town. Hand in hand with his nouvelle belle, Melissa Hurley, a dancer from the troupe, who choreographed the moves of the Glass Spider tour. The spot where he was to be found was the then-trendy Hippopotamus Club, conveniently ensconced in central London, it was a throwback to the 80s culture Bowie was about to shake off. And boy, did he rock and roll. A few years later,with Iman, amazingly dressed and seeming to have come from some other dimension, Bowie took to the stage at the Hollywood Palladium in Los Angeles, where David was fronting another persona. The lead vocals of the grungy hard rock bank Tin Machine, a pre-dawn of the new brutalism that would define some of his output in the 90s…

London, England — May 1995
Outside is the new chapter of an everlasting “exhibition” and a reason to believe that in the pre-dawn of the age of the internet, the beacon of hyper art text “was back” and there he was, strutting his new urban millennium stance, with the help of the enfant terrible Steve McQueen. According to Dana Thomas, author of Gods and Kings, the collaboration sprung from a weird telephone conversation. That was perhaps the root of something Bowie told me when I questioned him on the 1997 VH1 Fashion Awards. True to his comedic timing, he told me in an upper-class, self mockery cockney accent, “Oh my my, they take themselves so seriously, don’t they?” Big laughs followed, the same laughs I noticed in the Kensington Gardens where David, in a true flippant and expressionist move, presented his new concept: adventure in the world of contemporary art, plagued by a wave of underground rituals and dismemberments investigated by Nathan Adler, a noirish government detective. To the “Bowiephiles” in the house, it was all part of a planned script, interpreted with inspiration and perspiration, causing awe, and in some moments fear for the lesser experienced Bowie reporters, and shock upon the Asian continent… Jorge Luis Borges talked about the future as the definition of the past, and not the usual way around… Bowie was “my internet, a personal hyper text… an immense portal. Bowie.com, defined once again by his unique vision of the years to come until his retirement from public view as a twisted remix of the Todd Haynes scenario in Velvet Goldmine. A defining moment of the 3.0 experience to come was the Cinema Concert, beamed all over the world from a Sound Stage in Hammersmith not far from the place of “execution” of Ziggy Stardust, anticipating the integration and aggregation of all media, the be everywhere and anywhere of today, A message from the near future, pre-social media , which many of us who had congregated in the ” real event” did not entirely grasp… Last time I bumped into Bowie was in France, Pavillion Gabriel, during an official ceremony presided over by the culture ministry, in which Bowie — the master of ceremonies, stand up comedian and exquisite British eccentric — cast a powerful spell over a room full of gravitas and gestalt. A perfect setting to encapsulate “all the Bowies” that sprung from Bowie!

Lisbon, Portugal — 8th January
Its 9.30 AM. I am on air at the Antena 3 Morning show with the hosts Luis Oliveira and Ana Markl. Blackstar is the the reason why I am up so early… On my way, to the studio, I say to myself that Bowie deserves such a “heroic deed” on such a winter morning… A well deserved gesture of “gratitude”… As the conversation with the hosts comes to an end, Ana asks me if I believe in a live comeback or a tour to present the amazing new album… I categorically answer “No!” Perhaps something magic will happen, but never a tour… Through a common friend, I knew of Bowie’s fragile health, even if I was unaware to the extent of it. Having noticed I am, lets say a ‘popstar obituary expert’, my mother once told me, ”Son, I hope some more die, so i can see you on TV more often…” I answer “Mummy, any of them, except David…” Bowie’s oeuvre was coming to me in many shades and forms. On radio specials, on TV programmes, DJ sets, through digital content and even during conferences at prestigious venues such as the exquisite Casa Da Musica In Porto. And every time I finished my work, a question would come to my mind: How would I feel… How would I cope the moment the obituary comments had to come? How would the world be without his inspiring colourful shadow? Once again, the question plagued my mind as I return from RTP Studios through Porto’s morning traffic. And then, at 07:45 on the 11th January, my daughter woke me to tell me the news… Bowie is dead. 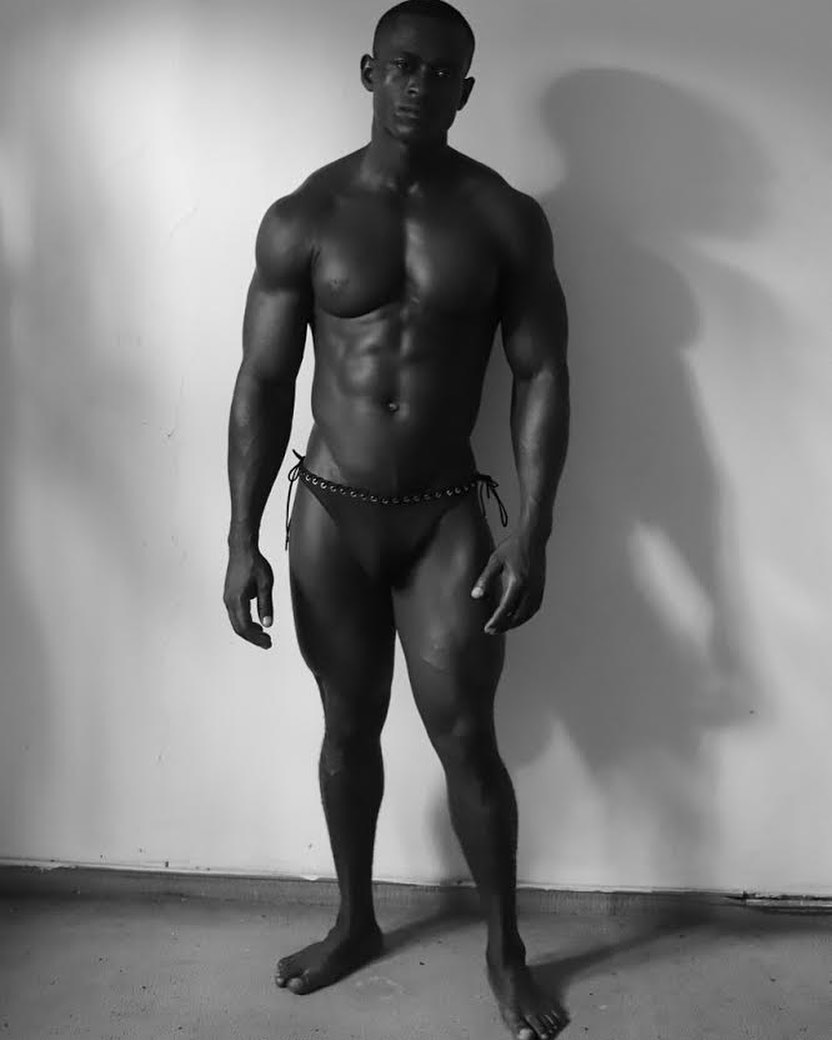 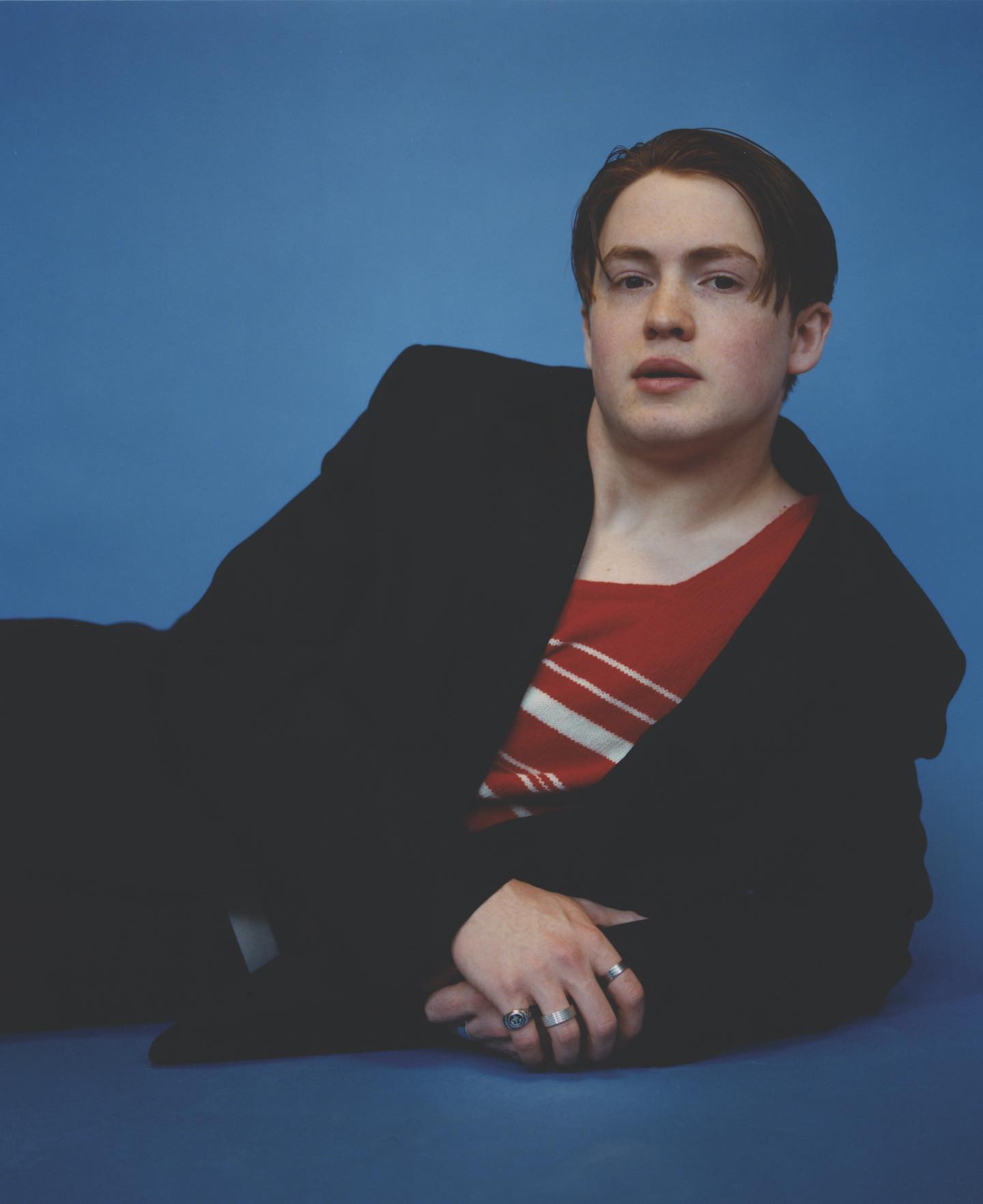 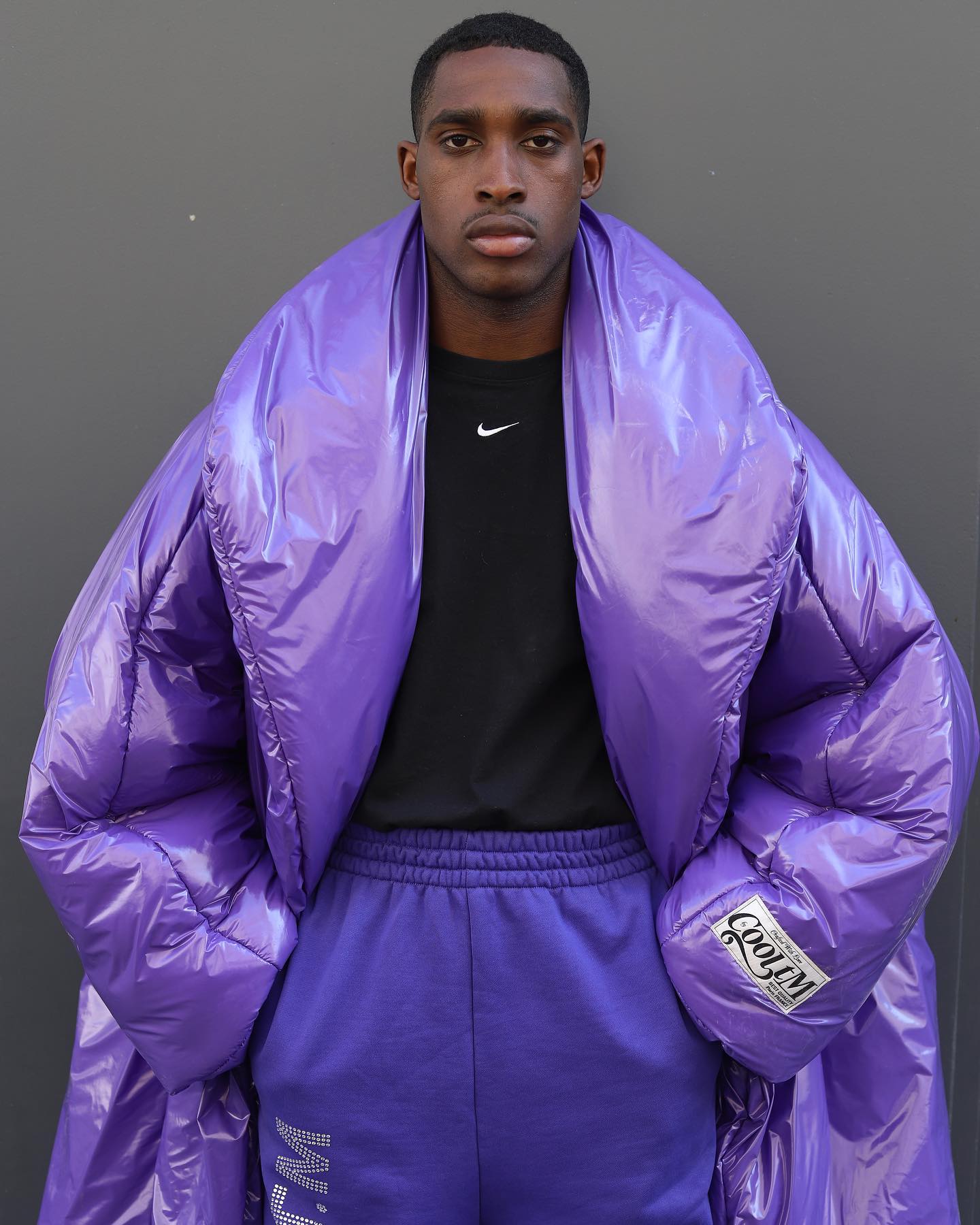 dsectionmagazine
•
Follow
From the new book a visual travelogue photographed between October 2021 and March 2022 in 5 different places from the globe by @stephanegaboue “This gallery of portraits of men of different origins, backgrounds and ages shows my vision of modern yet timeless beauty and goes beyond mere notions of frontiers - of all sorts” words by Stéphane Gaboué DSECTION BEYOND VOLUME 1 wearing @nike and @cool____tm #dsection #beyond #cooltm #nike
View on Instagram |
4/12 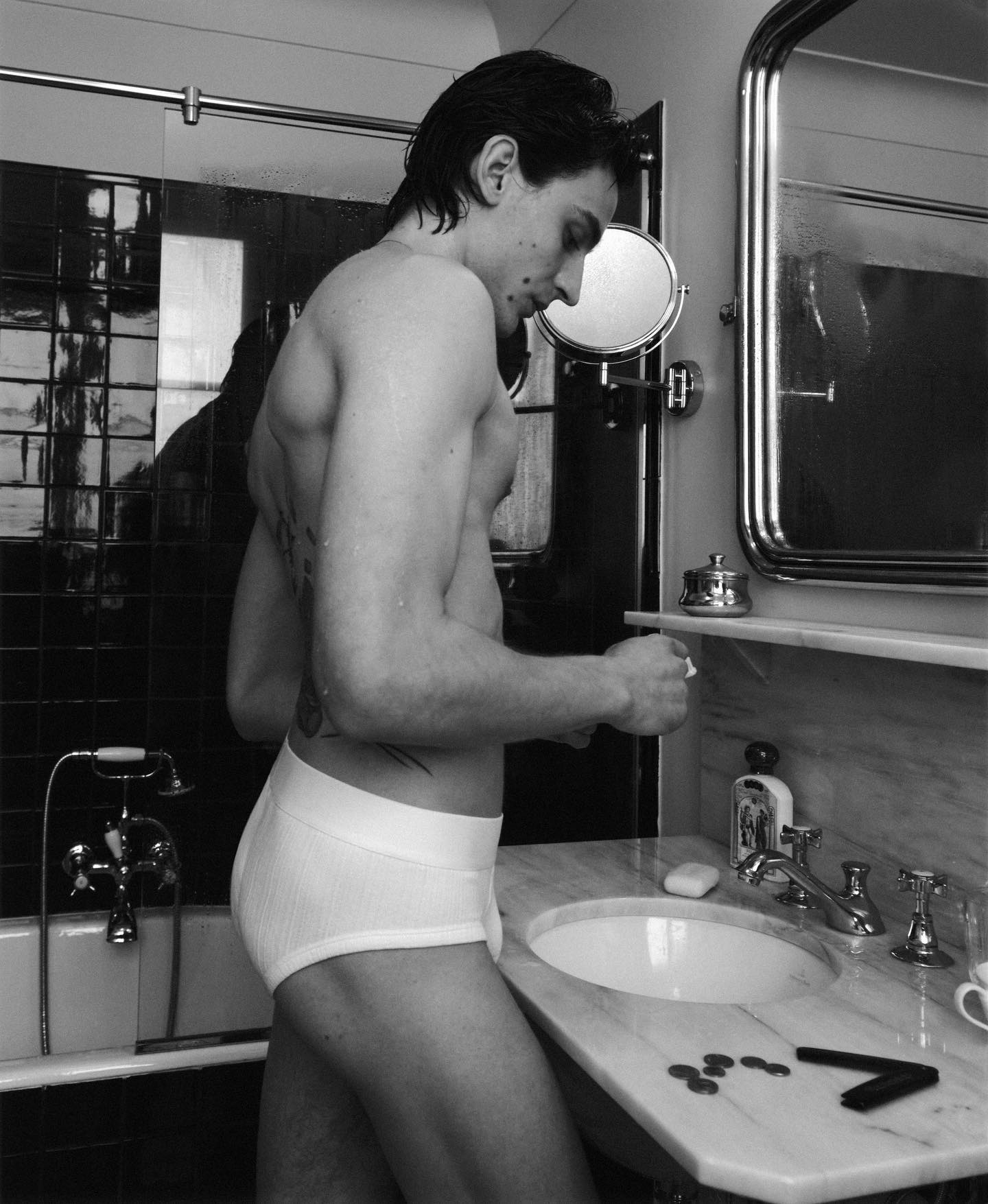 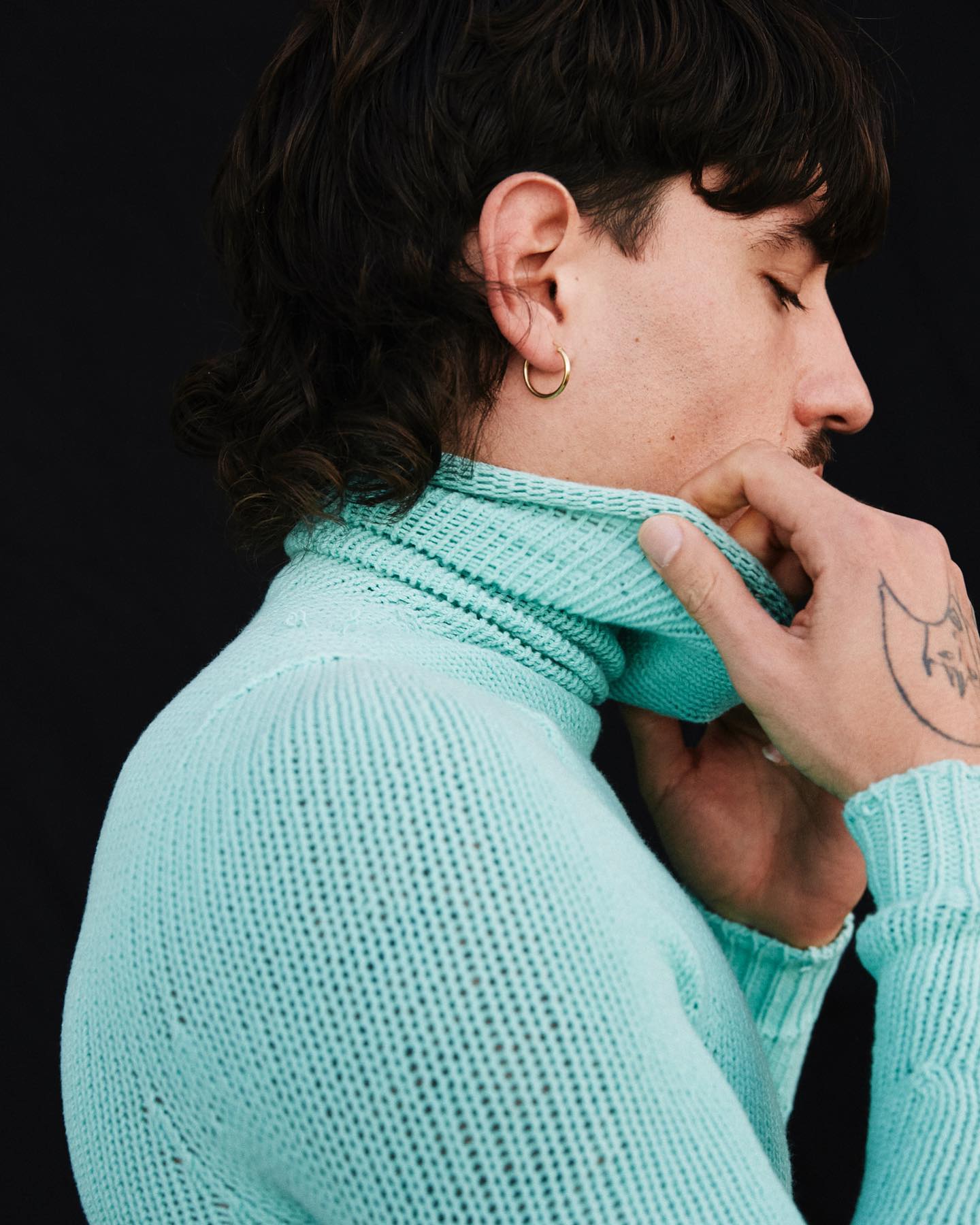 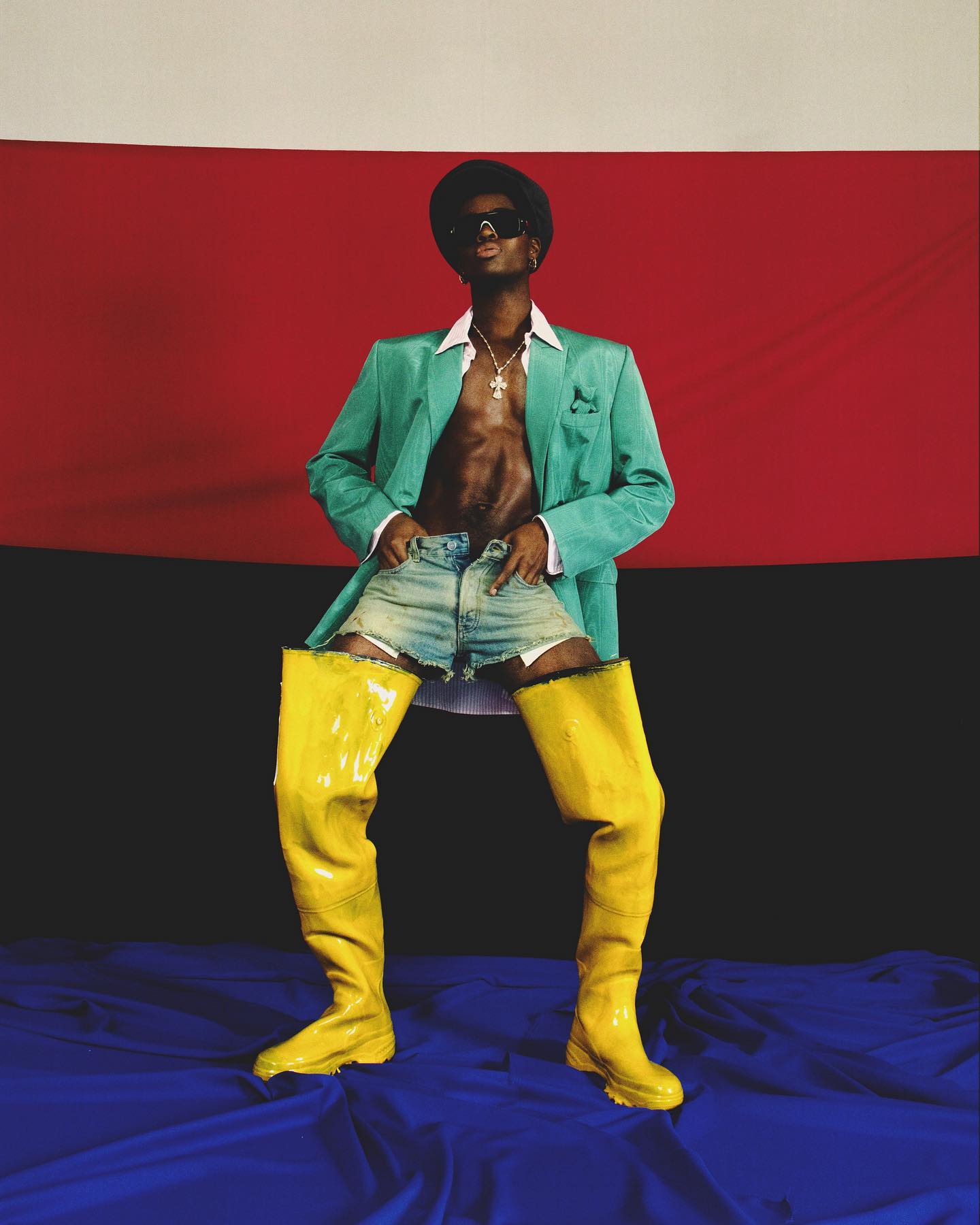 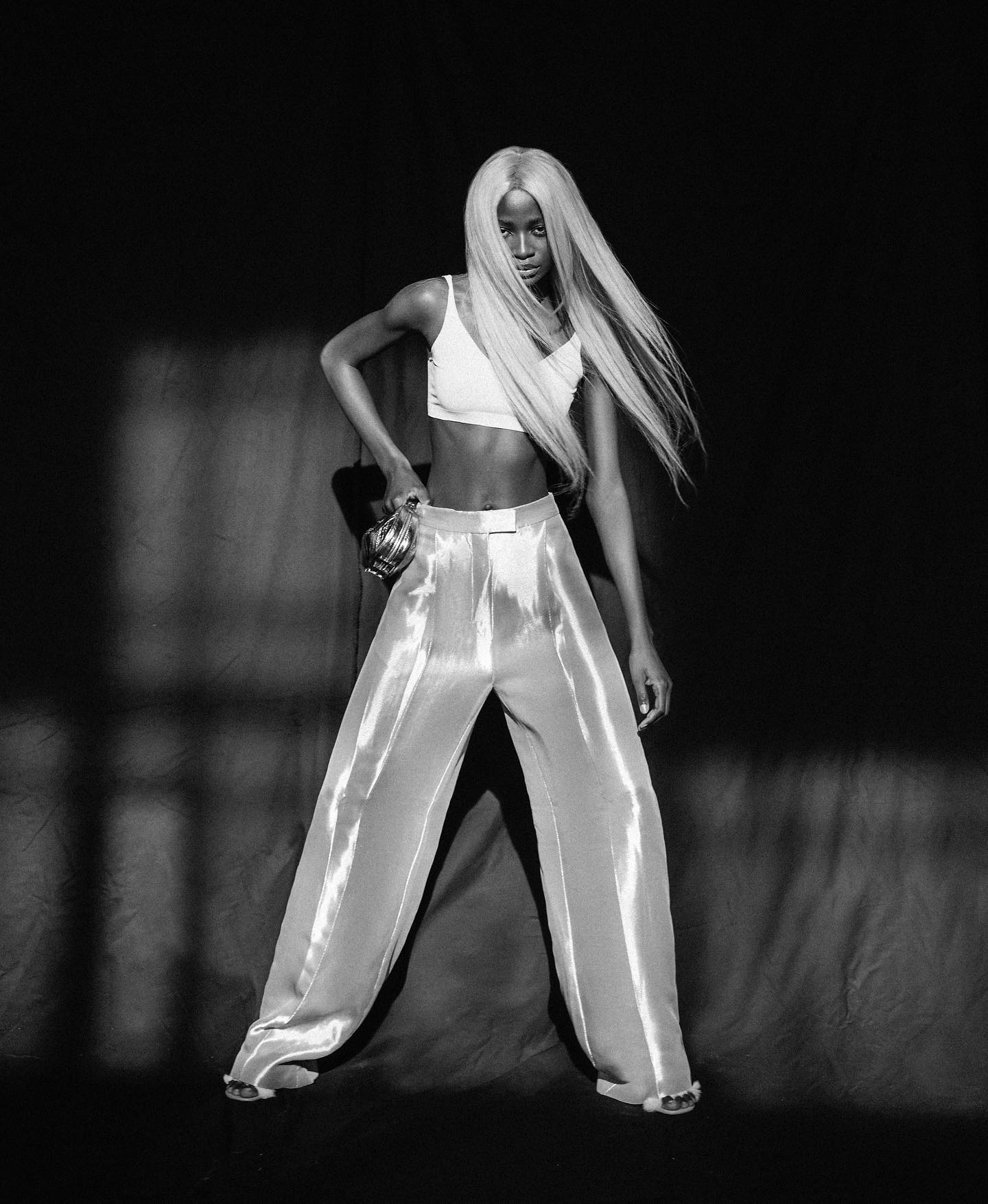 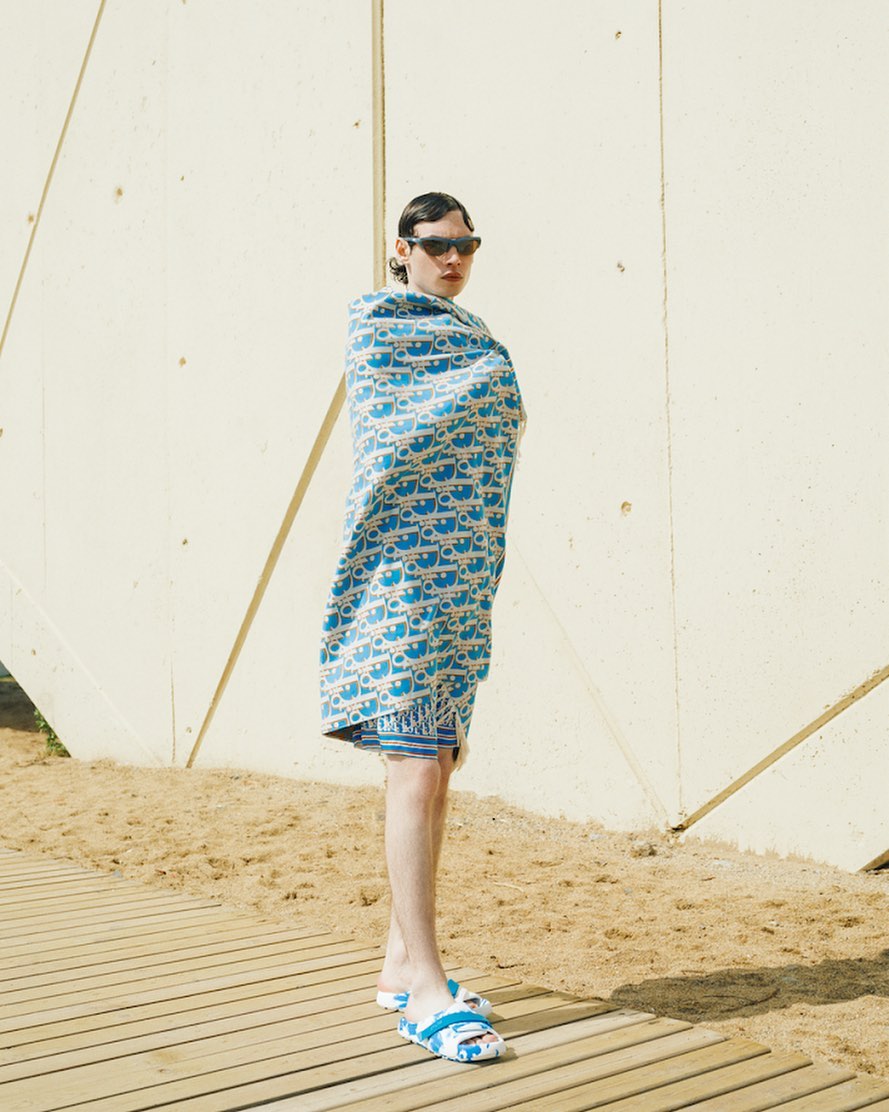 dsectionmagazine
•
Follow
Before starting I can easily say: this hotel has the best view on the whole island of Ibiza. Imagine a holiday postcard, painted with petunias and palm trees with Es Vedra in the background. A postcard full of memories of endless days, stories under the stars and a magnetism that only Ibiza can offer. There is @petuniaibiza a tropical paradise that beats any hotel due to its location. Unpretentious, romantic, exotic and with a 5 star staff. Find the full review on our website #ibiza #petuniaibiza #luxuryhotels #ibizahotels
View on Instagram |
10/12 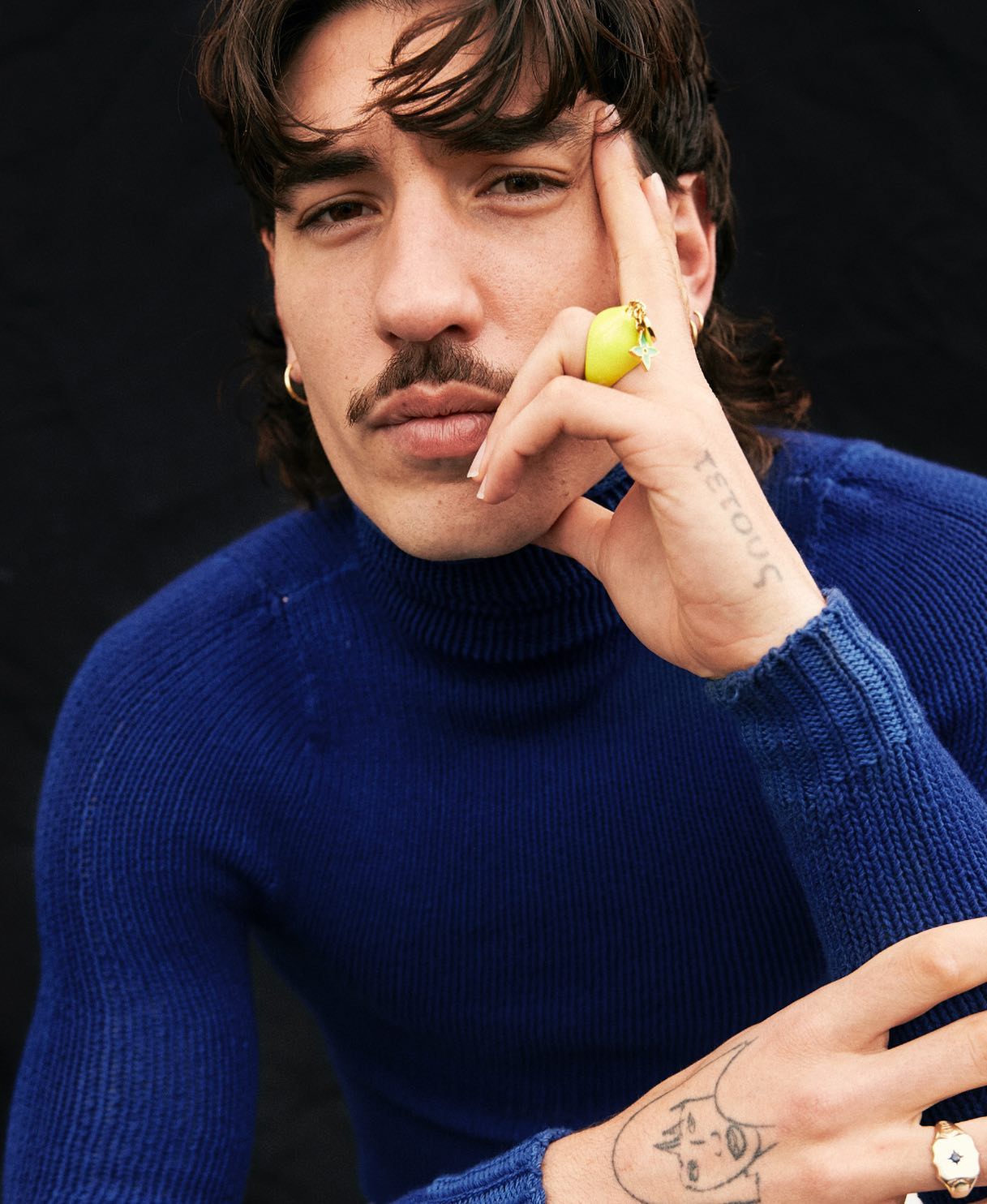 dsectionmagazine
•
Follow
@hectorbellerin ❤️‍🔥 BEYOND VOL 1 “As Human beings, we are used to knowing the limits but a lot of times they don’t exist; Society just puts us in boxes and we believe that we are living there, in a “place” that limits our potential: our spirit, our humanity, our working potential in our talent, everything that involves ourselves are affected by those limits that are just a construction in our mind.” PRE ORDER NOW Hector on a @louisvuitton special photographed by @alex.moro.diaz creative direction @paulomeixedo fashion by @filipefangueiro special thanks to @wewow_spain and @eurostarstorresevilla #hectorbellerin #louisvuitton #dsection #sevilla #beyond
View on Instagram |
11/12 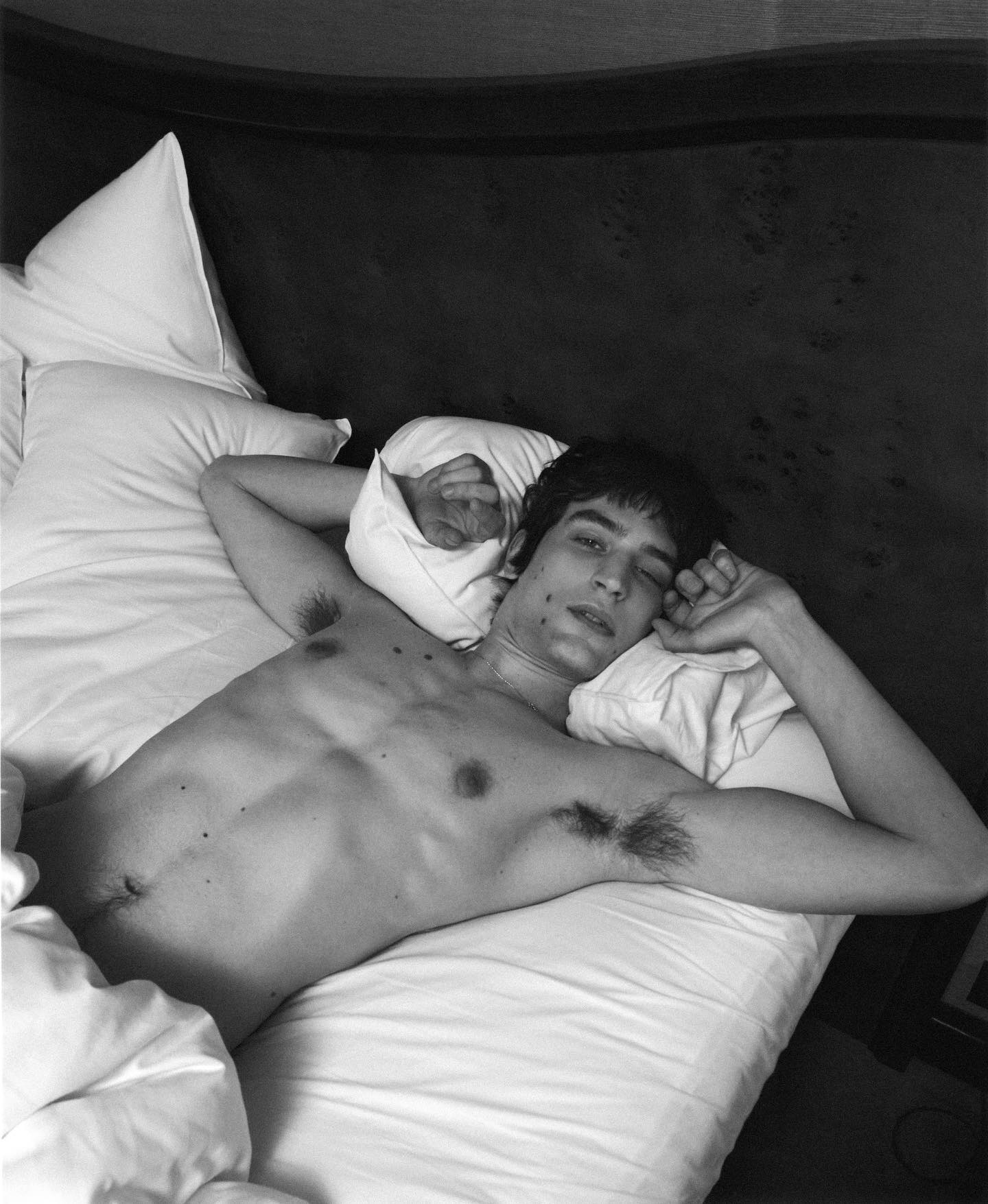